Most people think I'm a control freak.  They think I have to have every little detail planned and every little aspect of every situation exactly how I want it, where I want it, when I want it.  But, really, I'm not.  I'm somewhat demanding, but not controlling.  I'm actually fairly easy going.

Unless, of course, we're talking about how the laundry is folded.  That is a whole different story.  We don't have a lot of storage area for clean clothes, so I'm very specific in how I fold clothing and where they are put away.  I border on psychological disorder, I admit it.  When I sit down to fold laundry, I threaten anyone who comes near my neatly stacked piles.  When I'm done, it looks like a department store.  I'm always so proud of what I've accomplished.  I've carefully paired jammies, neatly organized school uniforms, and have Hubby's work uniforms at the ready for his next shift.  Perfection.

It always happens, it never fails.  Something always happens, and then I'm angry and bitter about the hours of hard work every week that goes into maintaining our laundry, only to have ungrateful beasts destroy it.   And yes, that sounds harsh, but when I'm tired, and I'm having an OCD attack?  Yes, everyone is a beast.

The last straw?  I had paired up jammies for the Littles and they were stacked neatly on my dresser.  I had not put them away yet, as I had been going through a large box and it was blocking the drawers where their things went.  All it took was one time for me to instruct them to *carefully* take their jammies off the stack.  That didn't go as planned.  I hit my wall, I was done.

You have to understand just how many hours I spend every week folding laundry.  There are five of us.  Hubby only has 3 sets of uniforms, Littles have enough pieces to get them through the week, but they have favorite things that they like to wear more often.  Princess never has enough jeans - ever.  I've tried having a laundry day, I've tried doing laundry every day ... it doesn't matter how I do it, I end up folding laundry about ten hours a week.

I certainly know what I could get done with an extra ten hours.  With that realization, I jumped in the car, headed out to wal-mart, and got a new laundry sorter - one of the really nice three-compartment ones that rolls, and is very sturdy.    Three compartments, three kids (here at home - as a reminder, Red lives with Granddad) ... Princess, Fluffy, and Smiley.


I have made the choice to not care what it looks like.  I just ... don't ... care.  I have to not care.  The time that I'm spending worrying about how nicely their undershirts are folded is *killing* me.  They are smart, helpful, and independent - all of them.  Time for them to take those three attributes out for a test drive.

So far, the plan is working out quite well.  They have kept on top of it, and they seem eager to be in charge of their own belongings.  I know that this is a honeymoon period, of sorts, but I'm going to ride it for as long as I can!!  Last night it took me 10 minutes to deal with two loads of laundry.  A girl could get used to this kind of luxury ... 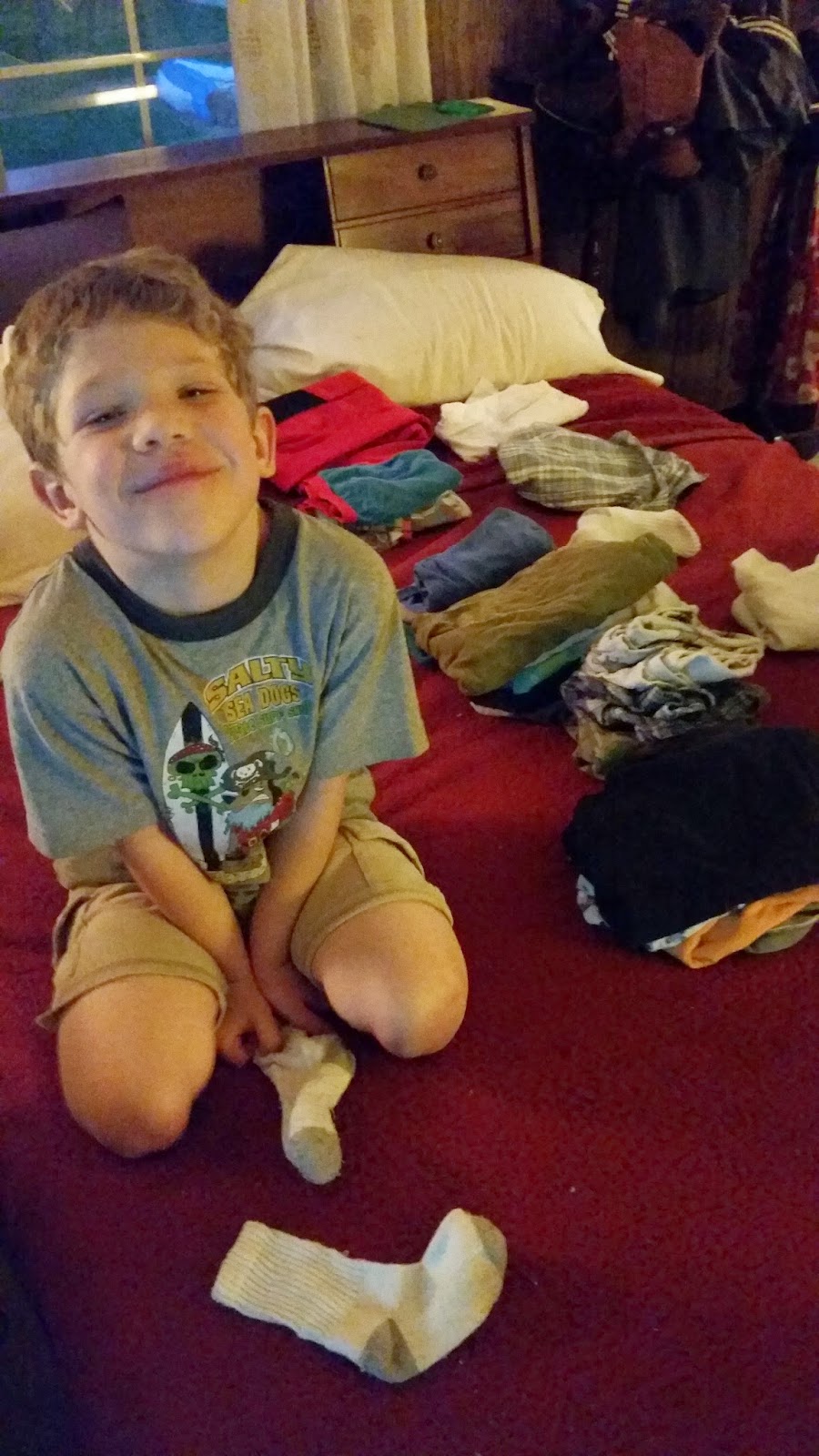 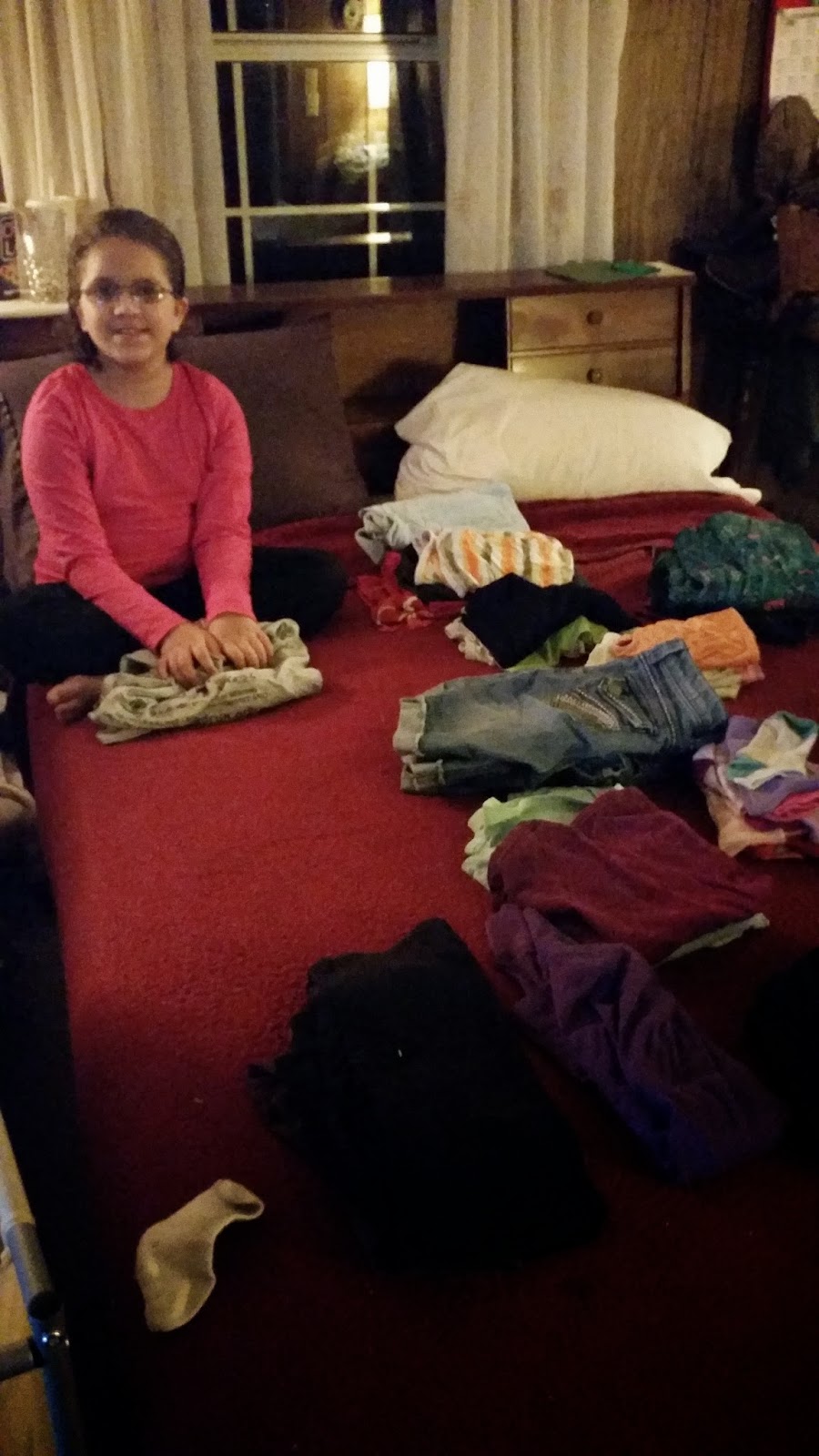 Posted by More Than Fluffy Bunnies at 9:01 AM

More Than Fluffy Bunnies
I am a woman, a wife, and a mom of 4 - not always in that order. I help my husband run our photography business, and I also homeschool and I work with the Equip Africa Project to help schools and orphanages prepare the next generation of East African children take charge and be a change! After years of an interesting path trimmed with equal parts optimism and cynicism, I think the world might just be ready for what I have to say. Now, if only I can remember what I was talking about ...

The Cast of Characters

Hubby - Love of my life. We've been married for 10 years and he has been very brave to put up with my insanity.

Red - 15 year old son, so called for his dark red hair (that was actually bright orange at birth). He loves music, cars, and computer programming - not always in that order.

Princess - 14 year old daughter, and all levels of awesome. She's kind of like that really annoying cheerleader that you can't help but to love because she's perky *and* cool.

Fluffyheaded Diva - 9 year old daughter, and she is exactly like her big sister, but even MORE. She has mounds of thick, curly hair that is always in her way and always ends up between the tv and everyone else.

Sir Smiley - 6 year old son, and is my huge bundle of sweet and cute and funny. He's going to be a lady killer ... if he ever finds a cure for the Mommyitis.